What is the BFSA?

In just  five days you will experience significant personal breakthroughs and learn:

The BFSA is fun, powerful and highly effective. Give Eric five days and he will give you the freedom and skills you need to become really excited about and good at speaking in front of any audience (or camera).

What does it involve?

Mostly, it involves you. The program is highly interactive and involves a great deal of workshopping, excercises and state practice. You will learn theory and then you will test those theories so that you leave with a powerful feeling of empowerment and confidence.

It is important to remember:

Whether you are a seasoned pro (many of Eric's clients are world-class speakers) or trying to get ready to make your first speech, the BFSA will exceed every expectation you might have for a program like this.

Reserve your place at BFSA today. 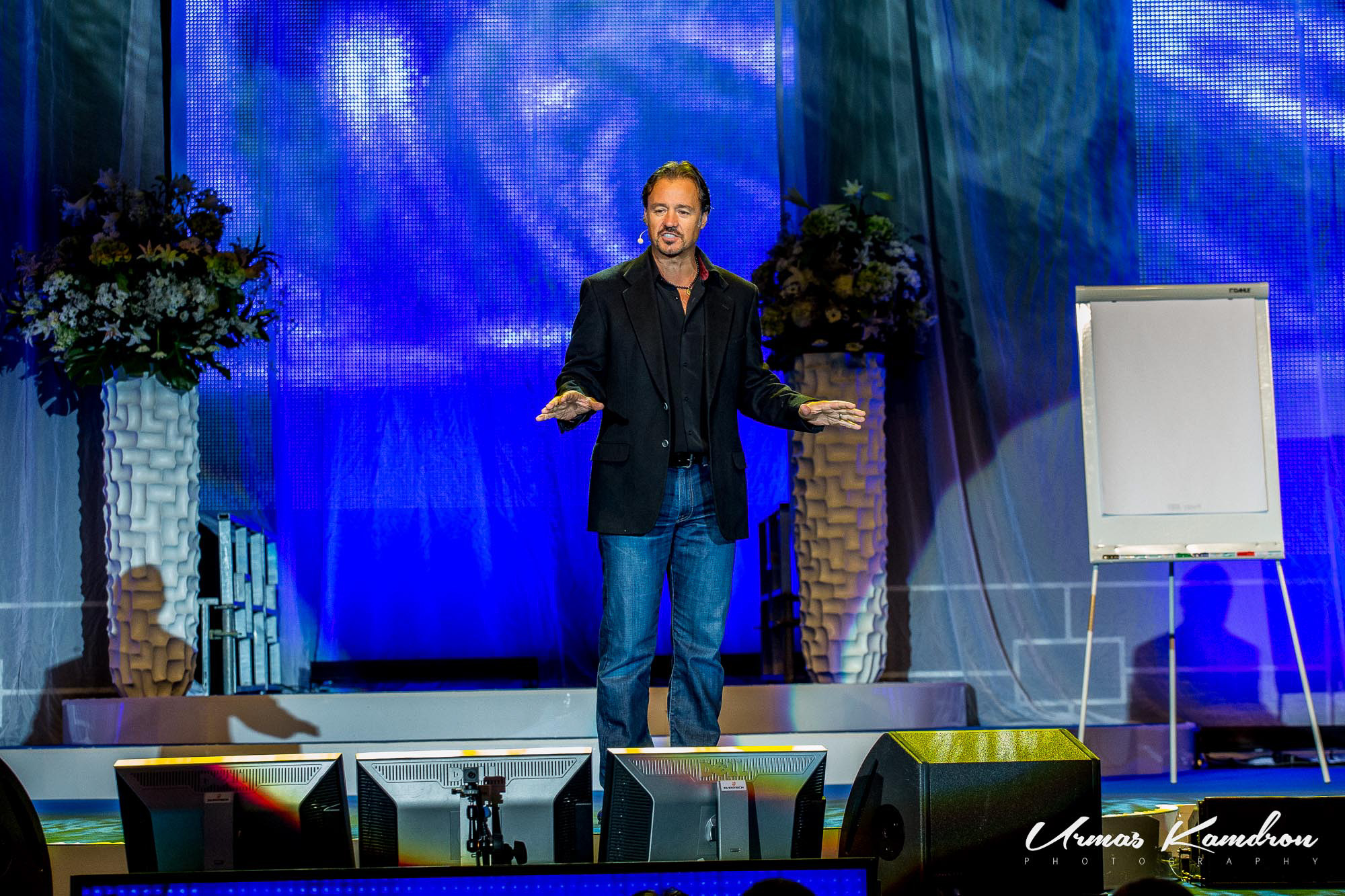 Eric Edmeades is a serial entrepreneur who was, once, so terrified of public speaking that he could barely eat for days before a talk.

Today, Eric has spoken in over 25 countries around the world including at the Vancouver Olympics, The Variety 3D Summit in Los Angeles, the Shanghai Film Festival. He also spent more than a year touring with Anthony Robbins as a guest business speaker on his world-renowed Business Mastery Program.

Eric is a rare trainer: He can both DO and TEACH. You will be shocked at how much you will achive in just five days with Eric.

“You were born a great public speaker. Somewhere, somehow, someone convinced you otherwise. Eric can help you fix that, fast.”

What are people saying about Eric and his programs? 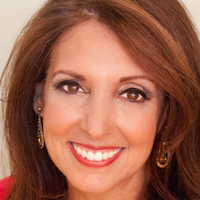 Marci is the multi-best selling author of Happy for No Reason, Love for No Reason and Chicken Soup for the Women's Soul. 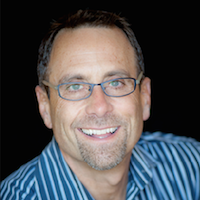 "Eric is a master storyteller and a master presenter because he knows how to instantly connect with the audience. He also has an uncanny ability to get into the minds of the audience, figure out what is more important to them, and then deliver powerfully influential stories to move them to action."

Alex is the founder and CEO of MarketingOnline.com 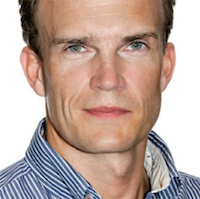 "Eric is unique among trainers. He knows what to say, and when to say it, to get you to open up and let your stories out. While Eric is a master story-teller, he is an even better teacher, trainer and coach. Having been a professional speaker for many years, I was truly surprised by how much I learned in just five days with Eric." 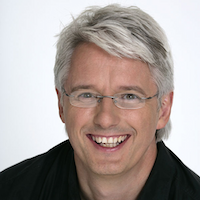 "Eric is one of the best speakers in the world. When he speaks, people change. If you want to live a compelling life, gain more personal freedom and achieve real personal success, Eric is the mentor for you."

Mike is a columnist for the Financial Times (London) and the best-selling author of The Beermat Entrepreneur. 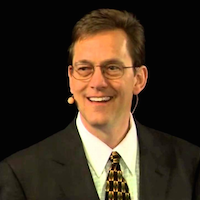 "Eric is a top level consultant. He has a brilliant business mind and you should count yourself lucky if you have the opportunity to work with him and you should be terrified if he is working with your competitor." 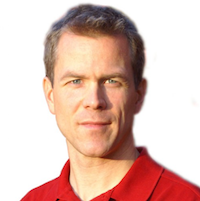 "As an entrepreneur who is eager to share, I have had plenty of experience with public speaking and facilitating trainings. I mainly joined the BFSA hoping to hone my existing skills and get new perspectives on a subject I am fairly familiar with.  The BFSA blew me away completely, and has changed the way I will make my presentations forever. "

Mikael is a serial entrepreneur and Certified Business Freedom Coach from Stockholm, Sweden. 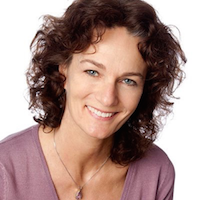 "Eric is fun to listen to, he's an excellent story teller and his teaching is personal because he addresses YOU exactly where you need to improve your speaking skills. Whether you are a professional speaker already or whether you have stage fright, it doesn't matter. The exercises we did during BSFA led us to where we were supposed to be at the end of the seminar: on stage comfortable, shining, convincing - and having fun!"

Lene is a Chiropractor in Arrhus, Denmark 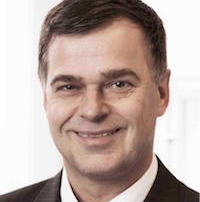 "We all went through an amazing transformation.  I have come from being awkward, ill at ease and uncomfortable in front of an audience to being confident in knowing that I can capture and entertain an audience – and enjoy myself while I am on stage.

Of all the courses and classes I have taken in both my personal and professional life, the Business Freedom Speaking Academy is my best investment by far. The BFSA is a place where true magic happens.  Don’t miss it."

Founder and Partner at Mnemomic AS in Norway 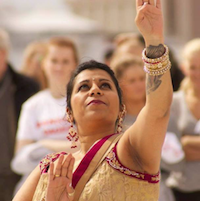 "As a dancer I am on stage often, but it was with Eric’s help that I found my voice! I have been admiring people all my life that can stand in front of thousands of people and tell their life stories, and at "The Speaking Academy" I was able to learn how to tell my story with pride and dignity! It was liberating and I am a better performer now then ever before. Eric is a fantastic mentor and one of the best speakers I know."

Richa is a professional dancer from Oslo, Norway. 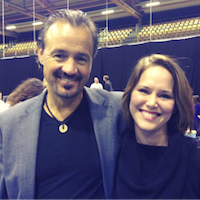 "The BFSA was literally life changing for me. Before I was scared to death of standing in front of an audience, no matter if they were 5 or 500. I knew I had a message to share and that I needed to do something. In 5 days Eric managed to change my thoughts and associations and I learnt to deliver my story powerfully. After this seminar I have had zero problems with creating engaging talks and trusting myself. I have held several speeches and this has totally changed my business and life!"

Jessica is a mindfulness instructor and youth coach from Oslo, Norway

Event Is Sold Out! Please Check Back Soon!

Event Is Sold Out! Please Check Back Soon! 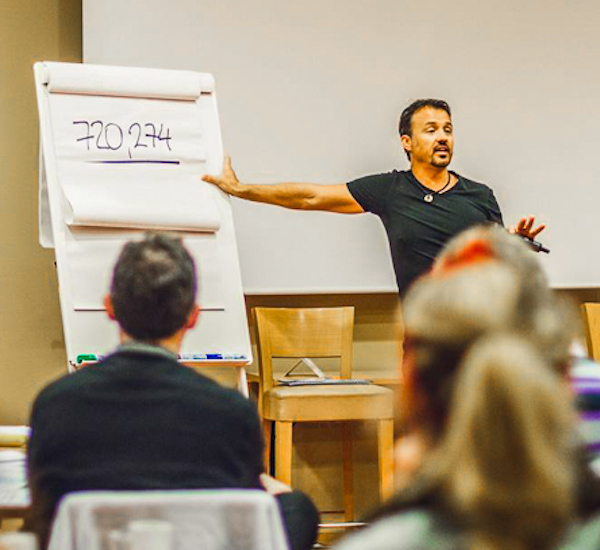 Born in South Africa and raised in Canada, Eric has also lived in Ireland, England, Turks and Caicos and the Domincan Republic.

Eric started his first business (mobile computing) in England in 1997 and sold it, nine years later, to private buyers. He has since bought, sold, started and invested in a variety of companies including those in medical simulation, event management, augmented reality gaming, 3D camera engineering and Hollywood special effects where his company worked on Avatar, Ellysium and movies in the Pirates of the Carribean, Iron Man and Transformers franchises.

Eric is now an internationally recognized speaker with over 10,000 hours of stage-time under his belt. He has spoken in over 25 countries and shared the stage with a wide variety of people including Sir Richard Branson, President Bill Clinton, Robert Kiyosaki, Brian Tracy and his good friends John Gray, Jack Canfield and Anthony Robbins.

Today, Eric continues touring the world speaking about business, marketing, life strategies and health (he is the founder of WildFit).

He is also an a avid kiteboarder and lives with his wife, Elise, in Cabarete, Dominican Republic.

And remember, BFSA is covered by Eric's
'Mind Blown Guarantee' -- if this program does not
completely exceed every expectation you have,
we will refund your money. No questions asked. 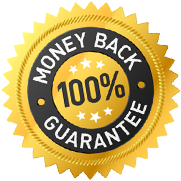 Event Times
Barcelona - Thursday, June 1st - 9 AM.
Oslo - Wednesday, June 14th  - 9 AM.
Each morning will begin at 9 AM.  Times are flexible and outcomes are absolute so end times will vary - we do advise in preparing for late nights as there are practice times after the event.

Misc
Please bring water and snacks, prepare for full days.
For more detailed information on your event please visit our BFSA FACT Sheet
For more information or for payment plans, call Ryan at +4794218969 or email him at ryan.mangano@ericedmeades.com